Dear Argišt,
Twenty years ago, Petr Písařík created a graphic sheet to come to terms with the fascination of the design of the then new MacBook. The front view of the elegant device, simply converted into abstract surfaces, was dominated by an orange frame of the manufacturer’s preset screen, while the body of the computer with the keyboard flattened into a low rectangle, underlining the basic surface color accent. Without this given inspiration, we would have deciphered the subject rather uneasily. At the time, it was mainly about the external, a modernist emblem of social status, and another possible way to cope with seedy abstraction – emptied, formal, but always alluring. But you, dear Argišt, are already entering the „internal.“ However, your painting theme is not so much the aesthetics of computer games, but rather the imaging based on their rules or on the fascination with the permeation of virtual space by an analog mind. The replacement of an image and horizon, established by the physical movement of a body with a series of digitally generated stream of images? The recognizably generational idiom of your painting language, and thanks to this thematic anchoring, which necessarily entails certain implicit rules of generating shapes and configurations, loses that weakened or emptied expressiveness and gains in the figurative hardness of the image, falsely modernistic, but yet referring to other artistic positions. In this extended field, your thematic painting is still interpretable as another of the remarkable attempts at remediation (although I was initially skeptical of this aspect of your paintings), as a legitimate adoption of the tradition of the logic of painting performance, which respects the flatness, borders and accents of the color field. In your new paintings extending last year’s Role-playing series, to which I mainly refer (albeit with a more ambivalent but similar input of the imitation as we also encounter in the Simulation cycle), the presence of a quasi-figurative element is evident at first glance. However, it is a conscious thematicization of the display already displayed (and at the same time appropriated by the ambiguous tension of the player’s consciousness), which thanks to your interiorized aesthetic of digital distance again becomes the moment of play with the medium of painting. The technique of oil on the canvas then lets the optical image quality arise in their disturbing physical presence. And the reality of what we see is definitely disappearing. They’re powerful images!
Yours, Marek Pokorný 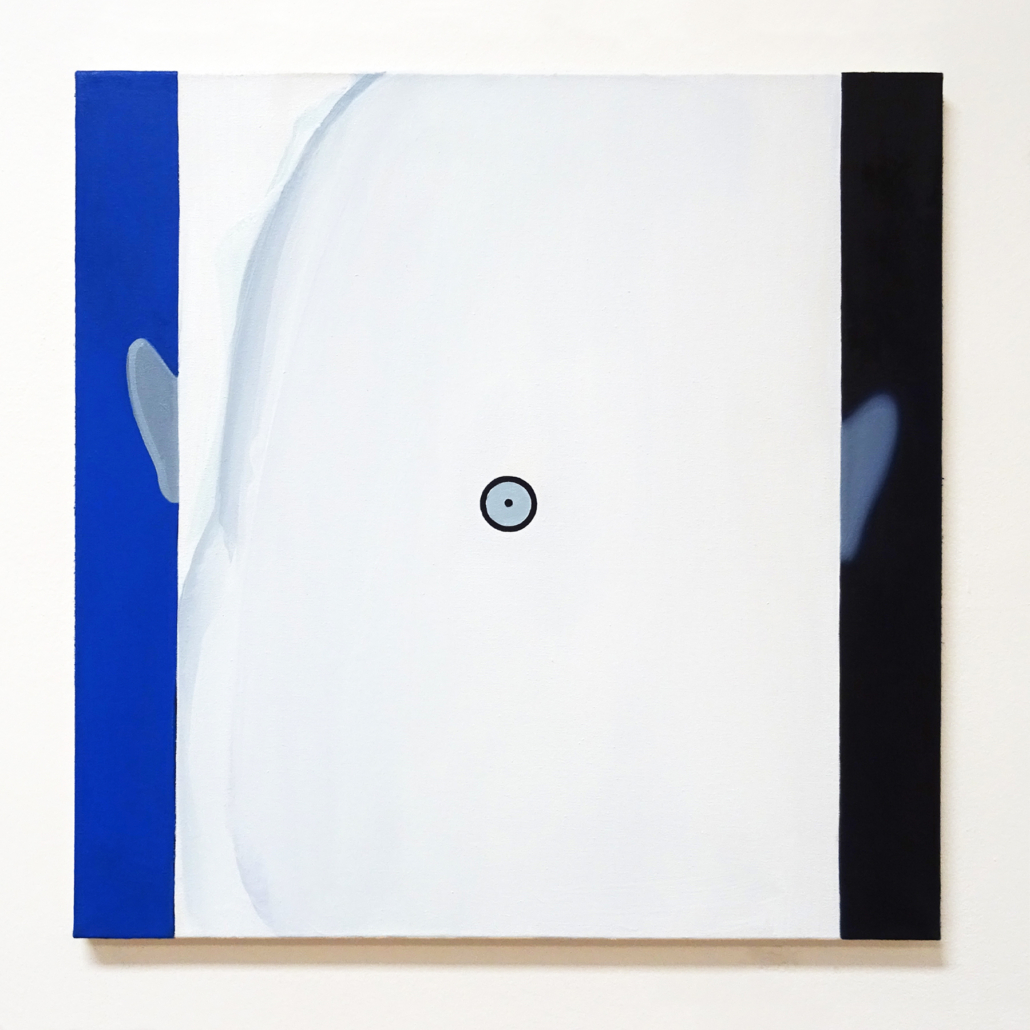